Add These Pool Floats to Your Summer Must-Haves

Be the Most Stylish Person in the Water With Float Naked

California kids usually have one thing in common: a deep love for the water. For Cooper Waterman, founder of Float Naked, an entire life spent in and around the water led to a brilliant idea—fabulous floats for everyone!

Waterman was born in LA, but his family relocated to Santa Barbara when he was a kid. Playing at the beach, soaking up the sun and always being in the ocean was standard. Every summer, his family would head to the East Coast to visit relatives. Even though the beaches were different, the fun and frolic were still the same. Growing up in such an idyllic way would prove to be the catalyst that changed his life.

In 2016, after spending over a decade in and around the entertainment industry, Waterman wanted something more, “I wanted to produce something tangible on my own,” said Waterman. After throwing ideas around with his brother, Tucker, and his friends, Float Naked was born.

Making quality, durable pool floats in gorgeous colors and patterns seemed like the perfect way to have fun and make good use of his experience with beach living. Waterman knew that Float Naked could bring a special twist to the luxury pool float market: “We knew we could complement the industry and yet still retain our unique style,” said Waterman.

Needless to say, Float Naked has received an incredible response in a short period. Starting out with an online store and an Instagram following, Float Naked will soon be available in select stores around the US and Australia. A new collection for summer 2017 is available, and a collaboration with Parker Palm Springs is currently in the works. Float Naked also plans to put together a percentage of sales to donate to Oceana and the Surfrider Foundation in the near future.

Waterman is enjoying all the success that Float Naked has brought. “It’s a really exciting time now. We try to keep our growth as organic as possible, but we never know what that tipping point will be,” said Waterman.

Daily Inspo: Waterman gets design inspiration from local California landmarks. The Coral Float was inspired by the iconic Coral Casino Beach and Cabana Club in Santa Barbara, and The BHH Float takes its banana leaf pattern from the Beverly Hills Hotel.

Cross Country: Waterman spent summers traveling with his family, visiting relatives in various beach towns on the East Coast such as Seabrook, South Carolina and Shelter Island in New York.

Float Naked With the Pros: The most unique place Waterman has taken a Float Naked float to is Cuba for his brother’s bachelor party. 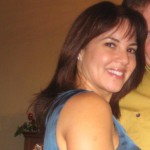