Between Swimming Past Sharks and a Giant Ferris Wheel, We Dare You to Choose Your Favorite of These 7 Hotels

These Vegas Hotels Are A Sure Thing

When booking a trip to Las Vegas, the first thing most people search for is what hotel they want to stay in. There are a plethora of hotels and casinos, on and off The Strip, which can make the search overwhelming but don’t worry, we did the research for you! These are seven hotels any vacationer is sure to love.

Jump Into a Good Time

From its Citrus Grand Pool Deck to its on-site restaurants, Downtown Grand Hotel & Casino has made its way to one of our seven picks when staying in Downtown Las Vegas. Downtown Grand offers casino promotions, restaurant deals and contemporary rooms for rates as low as $35. It’s the perfect hotel for those who want the most for their money while having a lavish lifestyle experience.

Native Knowledge: Get an all-you-can-eat brunch for only $20 at Freedom Beat on Saturdays and Sundays from 10 a.m.- 2 p.m.

The pool alone is reason enough to stay at the Golden Nugget in Downtown Vegas. This award-winning pool has a 200,000 gallon tank complete with a 30 foot water slide that takes visitors right through the shark-infested tank. Featuring modern and iconic Vegas rooms at low rates, Golden Nugget is a must-stay.

Native Knowledge: You can take a tour of the tank and get to know the sharks who live in it by signing up for a guided tour led by their on-staff marine biologist!

Off The Beaten Path

Red Rock Casino Resort & Spa is the ideal hotel for those wanting to stay away from the large crowds of tourists. This hotel offers beautiful rooms, a gorgeous three  acre pool area, a movie theater, a spa and plenty of restaurants! It’s walking distance to Downtown Summerlin and a short drive to Red Rock Canyon.

Native Knowledge: There is a 72 lane bowling alley called Red Rock Lanes inside the casino with a cosmic-themed arcade and luxury suites.

LINQ Up with Vegas Favorites

With contemporary rooms matched with pops of color, you can stay in style at the Strip’s newest hotel, The LINQ. This centrally-located hotel boasts a Himalayan salt therapy cave, a 21-and-over only pool and a promenade. The Promenade at The LINQ features well-known restaurants such as the Sprinkles Cupcake ATM, Guy Fieri’s Las Vegas Kitchen & Bar, and The High Roller, the world’s tallest observation Ferris wheel.

Native Knowledge: The Promenade at The LINQ dims its lights every so often, while a song plays to a light show put on by The High Roller!

Planet Hollywood is a tourist favorite, due to its one-of-a-kind shows, famous restaurants, and Hollywood-style shopping at the Miracle Mile Shops. Zappos Theater is home to popular residencies including Backstreet Boys, Jennifer Lopez and Gwen Stefani. Planet Hollywood is complete with recently renovated rooms that are ‘ultra hip’ with designer bedding and modern furnishings.

Native Knowledge: This hotel features the FlowRider, a Wave-in-a-Box for practicing boogie boarding and surfing, without getting hurt.

A Mirage That Won’t Disappoint

A hotel most well known for its volcano, dolphin habitat and The Beatles LOVE Cirque de Soleil show, The Mirage is the perfect hotel for a Vegas vacation. There are multiple types of rooms with various views, plus a heated pool accompanied by waterfalls and lagoons, which is open year round.

Native Knowledge: Guests and visitors can paint or do yoga with the dolphins.

The Hard Rock Hotel & Casino is possibly most notable for the concerts, rock ‘n’ roll memorabilia, and the show Magic Mike Live. Between famous restaurants like Nobu and Pink Taco and its Reliquary Spa and Rehab Beach Club pool, The Hard Rock is a Vegas favorite.

Native Knowledge: The Hard Rock Hotel has recently been purchased, and will soon become a Virgin resort. 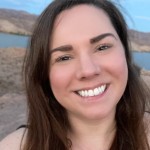