From an early age, Andie Hubka always knew she wanted to cook: “It was a passion. I read cookbooks instead of comic books.” Growing up in Los Angeles, she worked through various restaurant positions, enrolled in Culinary Arts school and started her own catering business. Since moving to the desert, Hubka has opened Cooking With Class, Cork & Fork and Heirloom Craft Kitchen, soon to be followed by Tu Madres Cantina & Grill. It’s a portfolio of creative, contemporary concepts that are shaking up tradition and generating quite a buzz on the eastside of the Coachella Valley.

It’s not often when a story flows as naturally as Hubka’s. While catering, Hubka started conducting classes in other peoples’ homes—that inspired Cooking With Class, a fun, “recreational cooking school,” with dinner included. When the adjacent building became available, Hubka used it to add wine dinners. That idea grew into Cork & Fork, serving “international small plates and interesting wines.” While Cork & Fork is an elevated, evening concept, Heirloom was created to offer a faster, more casual version of that. And, when the Mexican restaurant next door to Heirloom closed, Hubka saw the opportunity for Tu Madres.

Having spent her formative years in Los Angeles volunteering for some of the area’s best chefs and working glitzy events like the Academy Awards, Hubka arrived at a Palm Springs scene that lacked energy. “When I first started, there weren’t many interesting restaurants. It was mostly steakhouses and hotels.” Now, it’s changed. “Palm Springs has arrived as a culinary destination, but there’s still a need on this side of town. My goal is to provide people with interesting restaurants on the valley’s east side.”

Hubka’s concepts are modern, creative and international with an emphasis on fresh, organic ingredients. Everything is made from scratch and she loves the valley’s “tremendous” local agriculture. “In terms of produce, the valley has everything.” Her affinity for local ingredients includes a stint as spokesperson and chef for the California Date Commission. “Not many people were into dates back then, but now they’ve become a part of the modern food lexicon.”

She’ll bring that same philosophy to Tu Madres. “It’s modern Mexican, lots of seafood, healthy, vegan options, prepared with fresh, organic ingredients.” Hubka has spent a great deal of time in Mexico over the past year, and it’s a scene that inspires her. “Mexico’s culinary scene is off the charts. It’s not Mexican food like Americans understand it. It’s very Mediterranean, beautiful, clean food, a lot of local produce and fish. At some restaurants, everything on the plate has come from within a mile. You can’t get any fresher than that.”

An entrepreneur with four restaurants, Hubka is also an active philanthropist, working with charities like FIND Food Bank. She frequently auctions herself as a guest chef, one recent suitor donating $12,000. She’s almost halfway to her goal of raising $1 million.

Her philanthropy also reaches the next generation. In addition to fundraising and special events, she offers internships to four students of the La Quinta High School culinary program every year. Most of those students work for her after graduation or have gone on to culinary school. “It’s been very rewarding. I love working with the kids and they’re great employees.”

Hubka has two daughters, and finding the right balance is challenging. Working alongside her husband and juggling between the restaurants and the kids, they try to take advantage of any time they can. “This last year was the hardest work year in my life. As soon as I open the new restaurant, I plan to step back and be a little more balanced.” She’s been judicious to create a workable formula. All her restaurants are within a one-mile radius and are based on a model of “easily manageable, smaller footprints.”

In order to develop and grow, Hubka travels frequently. She lauds Los Angeles as the best food city in the country, and travels internationally, always bringing back a variety of new ingredients. “Travel really translates into how we change our menu. It’s the best way to be part of the growing trends. You have to experience the food. It’s an expensive hobby, but it’s the best way—and it’s fun.”

Hubka’s constant quest for knowledge is reflected in her dynamic cuisine, and it’s something she goes out of her way to share. From an entertaining cooking school to two self-published cookbooks, she shares her recipes freely. “A lot of chefs I interned with weren’t into sharing secrets. I try to be the anti-chef and say, ‘Here’s everything you need to know.’”

Stay tuned; Hubka isn’t done yet. “I’m going to keep going until I can’t anymore. My goal is to bring great food to the valley and put the valley on the map as a culinary destination.” 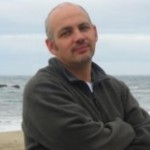