Peter Blake is a minimalist. He’s not interested in frills or extra decoration. He admires artists who use very little in order to create an intense response. “It’s really hard to work with nothing, ” Blake says, “and that makes it more powerful.” And this simple yet powerful attitude shows itself in his very life. While working in the restaurant industry in Laguna in 1993, without any prior plans, Blake saw an empty space for rent and thought, “This would make a good gallery.” Two days later, on the very night he was promoted to restaurant manager, he signed the lease on the building and Peter Blake Gallery began.

Since that moment 23 years ago, Blake has poured his devotion into the gallery. For two years, he worked seven days a week, full time at the gallery and full nights at the restaurant. Although not an artist himself, Blake found he was passionate about collecting and displaying art, particularly minimalist art. His favorites come from the California Light and Space movement in which artists from the ‘70s, inspired by Southern California’s natural sunlight and materials, began to create simplistic art with non-traditional materials, focusing heavily on how light and empty space work to generate a response. What better place to collect and display this type of art and others like it than in a spacious gallery smack in the middle of Laguna Beach?  “I love Laguna Beach, ” says Blake. “Laguna has influenced a lot of minimalism. The nature is so beautiful, the people are so special.”

Peter Blake Gallery has moved since then to a new location in Laguna, but the feeling has remained the same. The new building is the epitome of minimalism. The walls are high and blank, void of any decoration or wallpaper. The ground is washed concrete. The large glass wall at the front draws in the natural light during the day. When needed, light fixtures illuminate the simple yet complicated artwork that stands solitary. “This space is the perfect example of minimalism, ” Blake says. “The walls are scaled properly and they offer no design or decoration. The concrete flows with the light.”

Now, Blake and his wife, artist Stephanie Bachiero, are also in the business of selling, trading, and showing minimalist art and furniture as Peter Blake Modern. Blake calls his gallery a “business” although he’s hesitant to use that term because it implies his goal is the mass selling of items. He simply does what he loves, collecting and selling art and furniture. “It’s hard, ” Blake says, “I only show things that I love. I don’t care what’s in style or what’s trending. Anything I buy or sell is something we want to live with, something we can’t wait to put in the living room.”

Sue Greenwood – “She’s the best in terms of contemporary realism”
Ray Redfirn – Early California modernism
SALT – “They have great Latin American and international artists”
Artists Republic – “I really get a kick out of going here. They have a lot of young artists influenced by surf culture and street art”

Tendency of the Moment

For his late summer and fall show, Tendency of the Moment, Peter Blake displayed and sold modern minimalist furniture from around the world dating between the 20s and the 60s. All pieces were simply furniture items that he and his wife picked up along their world travels, with hopes to put in their home one day, until the idea for the show occurred to them. All the pieces were remodeling locally by the fantastic companies listed below. “We were really lucky to find people like us who have a passion for what they do, ” says Blake. 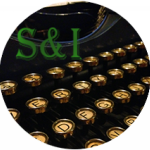 Elaine moved across the country to Orange County with her family when she was twelve. She is passionate about frequenting and featuring local businesses and stories. She graduated from University of California Irvine with double majors in English and Literary Journalism. In her free time, you’ll probably find Elaine at a local coffee shop reading or working avidly on her next writing project.