Jet over to Huntington Beach on Oct. 1-3 for the thrilling, weekend-long Pacific Airshow and Afterburner Music Festival. From the sand or the pier, watch death-defying aerobatics during the day by the U.S. Navy Blue Angels, Canadian Forces Snowbirds and more. At night, following “the most-attended airshow in the US,” legendary and award-winning rock and country stars, like headliner Sam Hunt, will perform at the Afterburner Music Festival. Bring beach chairs and umbrellas to claim your spot at the Airshow, and you can either bring a cooler or grab something from the food trucks and drink stands. VIP experiences are also available. There’s so much to do at this October event—here’s everything you won’t want to miss. Pacific Airshow Huntington Beach

Let’s start with this epic afterparty! The Official After Party of the Pacific Airshow, Afterburner Music Festival, is going to rock you to your core. This two-night event is the first live music at Huntington City Beach since 2013; it kicks off Friday night with Grammy award-winner and Rock & Roll Hall of Famer Sammy Hagar and his band Sammy Hagar & The Circle. Saturday evening is chock-full of country and rock music with Grammy-nominated country singers Sam Hunt and Cassadee Pope (winner of Season 3 of “The Voice”) and rock/indie group X Ambassadors (who sing your favorite jams: Unsteady, Renegades and Jungle). Weekend passes range from $129-$299, and they are available here! Single day passes are available from $69-$299.

For unforgettable views of the airshow, fly first class! Premiere Club Seating offers a tented pavilion with chairs and umbrellas, a premium hosted bar with food and drinks and access to VIP restrooms. Step up your game and impress your guests by renting a private cabana for up to 15 people—lounge seating and access to bottle service and food items are all included. For the ultimate experience with up to 125 of your friends, clients or staff members, you can rent a fully furnished private luxury chalet on the beach. Now we’re talking!

If you’ve never seen the Blue Angels in action, prepare to be blown away. The second-oldest aerobatic team worldwide, the U.S. Navy Blue Angels flight demo squadron is appearing at the Pacific Airshow as part of the group’s 75th anniversary tour. The well-recognized blue and yellow flight team, known affectionately as The Blues, maintain an incredible 18 inches of separation from wing to tip when flying Boeing F/A-18 Super Hornets in formation. The Blues put on quite a show, having performed for more than 500 million spectators since 1946.


Catch the airshow from a comfy window seat at HQ Gastropub. Recognized for their high-quality “global pop culture cuisine,” HQ brings all the comfort food, such as truffle pork belly mac and cheese and short-rib poutine. They have a long list of burgers, and the PB&J Burger is not one to sleep on! Caramelized onions, blue cheese, garlic aioli and fig jam are set atop a gourmet patty and stuffed between buttery brioche buns. Save room for their to-die-for homemade beignets.

Situated directly across from the centerpoint of the Pacific Airshow is the hip Offshore 9 Rooftop Lounge, located on the ninth floor of The Waterfront Beach Resort, A Hilton Hotel. With panoramic views of the Pacific Ocean, this is another great spot to sit back and watch the thrilling displays by supersonic military jets and parachuters. Order a Cat 5 Sangria with your charcuterie and cheese board or the Devil Went Down to Mexico tequila drink and shrimp ceviche. Be sure to finish the meal off with a mouthwatering dulce de leche cheesecake!

You won’t want to miss Grammy- and Billboard-nominated singer and songwriter Sam Hunt on Saturday night. Hunt made it to No. 1 on the Billboard Country Albums chart in 2020. With notable No. 1 songs Body Like a Back Road, Breaking Up Was Easy in the 90s and Kinfolk, Hunt is a multi-platinum-selling artist with more than 10.3 billion streams under his belt. With music inspired by artists like Brad Paisley, Usher and Alice Cooper, Hunt is also the proud recipient of American Music and CMT Music awards.

Cap off the weekend shenanigans at Four Sons Brewing in Huntington Beach. With live music, 20 beers on tap and a rotation of food trucks parked outside, this locally and family-owned and operated microbrewery and taproom is a Surf City staple. Hang out with your buddies, watch sports on TV and let your beertender recommend something you’ll love from their stellar selection. If you can’t decide between porter, lager, IPA and amber, why not try them all with a beer flight?

Tickets to Pacific Airshow start at $25 for general admission: www.pacificairshow.com

I just moved from the Palm Springs area to Orange County. I've been writing for a couple years and enjoy writing about culture, lifestyle, and beauty. I'm excited with the abundance of material for which Orange County will provide. 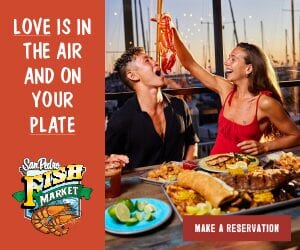 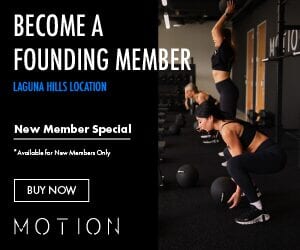 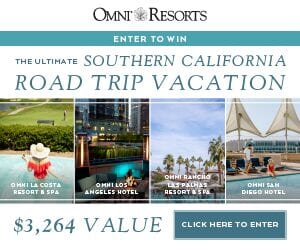 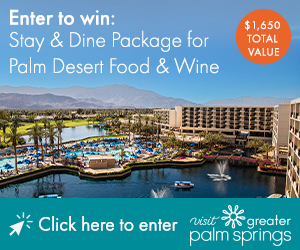 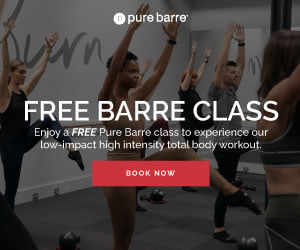 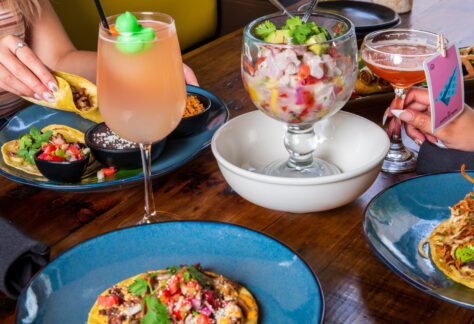 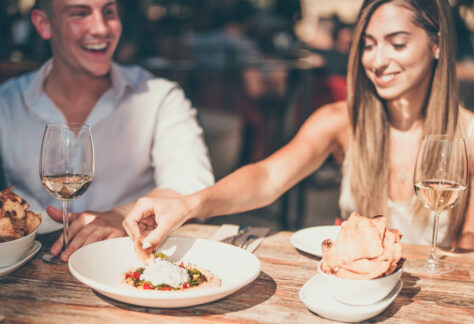 6 New Restaurants Opening in Orange County This Year (and We Can Hardly Wait!)

From Sugarfish to Rye Goods, the OC Dining Scene Keeps Getting Better and Better 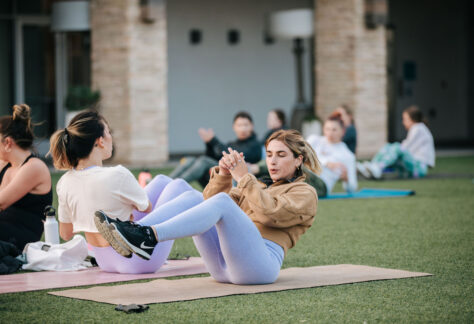 Give Your 2023 a Healthy Start With These 9 Resolutions 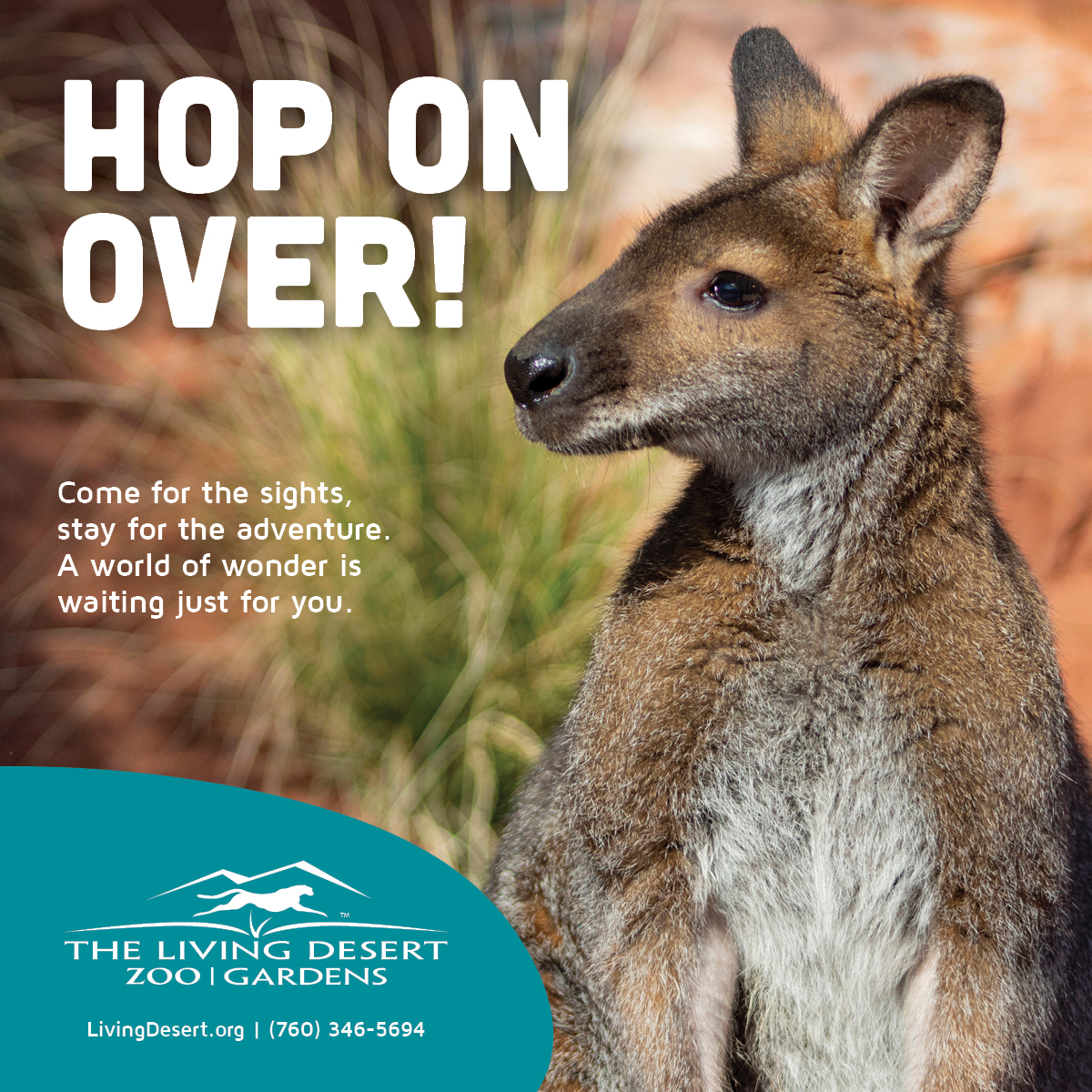