The World of Brian Bond is Full of Sparkle!

Step into the fabulous world of Brian Bond, the lead makeup artist for San Diego’s wildly successful drag show fundraiser “Tantrums & Tiaras: Battle of the Bar Queens.” Known for styling high profile celebrities, from Kim Kardashian to Kendra Wilkinson to Warren Buffett, Bond gives back to the community by volunteering his skills and expertise backstage. Hours before the show, we witnessed Bond working as a natural maestro, instructing 30+ volunteers from MAC and local salons in San Diego on how to apply the perfect lash or glitter lip for the event. The eight Cockettes pour in backstage, yelling “Heyyy, Roxxy! It’s our yearly reunion!” Roxxy responds back with an enthusiastic, “Hi, Dolly!” and invites someone into the makeup chair. Soon enough, a playlist featuring favorites like Lady Gaga and Celine Dion is blasting, the champagne is poured and the party has started.

We sat down with the renowned artist to talk signature looks, the show, and life with a heavy makeup kit in tow.

Q: How long does it take you to create the look?

Brian Bond: The look we’ve designed takes two hours per drag queen. We do a very thorough job that is waterproof and sweat proof. The drag queens can wear the makeup throughout the pre show and the show, and we never touch them up. We seal down the eyebrows with Pros-Aide, RuPaul made it famous back in the day for covering her brows. It specifically says on the product “Do Not Use for Hair, ” and that’s exactly what we do. It’s the theme of drag makeup: it’s about bending all the rules.

Q: What are the trademarks of your look today?

BB: We will do a combination of brush work and airbrush makeup, which not only creates flawless skin but lasts throughout the day. We always do a very overdrawn lip and then we pack it with solid glitter so that you can read the lips from a mile away. On the stage or in a theatre atmosphere, those lips can be seen from the back row. And we always use two pairs of huge eyelashes on top and one on bottom, and a Swarovski crystal.

Q: What are the essentials in your makeup kit?

BB: We generally swap the colors every year but we do have a drag queen ‘blueprint’ for makeup that we use here at the show. We always use MAC cosmetics waterproof eye base, Kryolan paint sticks and MAC Pro Longwear. And we always stack our lashes using hair weave glue—we don’t use eyelash glue because the false eyelashes are stuck much higher than their real lashes.

Q: How did you get started in makeup?

BB: It was an accident. I started playing with makeup when I was eight years old. By nine years old I was a professional clown making $75 an hour as Gizmo, doing balloon animals at a restaurant called Carlos Murphy. I worked at a Halloween store for four years in San Diego. I would do the blood and gore makeup everyday. From there, I worked at MAC and eventually opened my own makeup studio. It was super busy and I went on my own and moved to Los Angeles six years ago, which is where I live now. I come here on the weekends, though.

BB: I support every community that I’ve ever been asked to help. We work with all different departments: charities, gay charities, volunteer work, drag shows. Because this fundraiser’s money is going to the LGBT center, I’ve had great success keeping my team here and having new people each year join the team. I’m close to having 30 people backstage this year.

Q: How heavy is your makeup kit?

Q: How many pieces of makeup do you have?

Q: Do the girls come in with their own makeup?

BB: Yes, each contestant has their own makeup artist, and they’ve been working with that makeup artists since the start. Each year we do a photoshoot and a video shoot, so before the show begins we show each contestant as a boy, then we show them halfway with some makeup, and then the final shot and everybody claps.

Q: How did you develop the look for the Cockettes? Does it change each year?

BB: This year we did a super dark purple lip, which is awesome because we’ve never done a dark lip for the girls. However, we kind of have a recipe for what’s going to read. The most important thing with the makeup for the Cockettes is that you can see it a mile away and that you can see it in the dark.

Q: Have you ever done makeup that went wrong?

BB: Oh, all the time. This whole day is all about fixing. That’s how makeup goes. We have had huge tragedies with this show. We’ve had wigs slowly slipping, we’ve had wigs fully coming off—Danny was notorious for that. He would build a wig that was three wigs sewn together and they were so large and so heavy we almost always lost a wig. The challenges, and the excitement of running backstage to fix somebody, happen everyday and we’re almost waiting to see who is going to trip or watching that wig fall off—but the makeup makes it through.

BB: Everything. I could do makeup all day long. I have like five days off in a row and when I go back to work I don’t even realize. When we’re creating makeup it’s like a party. I definitely see things differently than other people, and makeup lets me show what I’m seeing. And who doesn’t want to be looking at a Swarovski crystal sparkling? 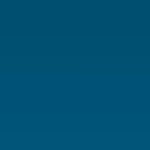 Lauren is a writer based in San Diego. Lauren holds a B.A. in Creative Writing from Johns Hopkins University and a Masters degree from University of California, Berkeley. Originally from Arizona, Lauren loves that she can dream up her next screenplay on the beach. She enjoys painting and giving art to her friends.